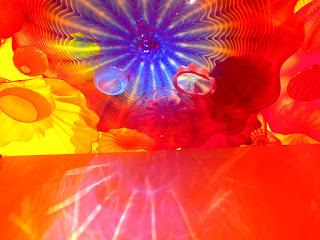 SOAKED WOODS NEAR THE BOZENKILL


my wide brim hat
has no such concerns

TEARING DOWN THE TRADE FAIR AFTER CLOUDBURST


TEARING DOWN THE TRADE FAIR AFTER CLOUDBURST COUNCIL


along with their bedding and books being packed up, the room is filled with all those moving on but in no hurry about it.

many hands chip in for clean up.

cartons of eggs named for poets who will digest them

but won’t take the near full carton because Bob is going to be away and we only need three days worth.

whose household has more mouths to feed gets the large bag

will someone please take the Genesee Cream Ale?

if not we may find ourselves drinking from these cans next year because I’m not drinking it.

I’ll just bring it back, a year older and no wiser.

there is a milling of poets with nearly filled backpacks at the free tables.

hoping to snatch up a last few tidbits

books can be put away for another day – living plants need to find a home.

a single year and sticks to walls, windows and roof tiles cutting out sunlight and making doors inoperable.

I can’t imagine why?

he takes his plant back home with him.

the Trade Fair grounds empty only a few staying for the last clean-up.

my plan to plant them on the grounds at field edge

Michael thinks there is room at his place and takes them ‘

they are beautiful blue flowers

they will spread like crazy that’s the only thing but they are easy to control, just pull up easily


I don’t know to tell him: Cornflowers are often used as an ingredient in some tea blends and herbal

teas, and is famous in the Lady Grey blend of Twinings.

if I get around to it, these can be added to mailings for those who might have been here.