Yes! We are currently calling this form a "Videoem" ...partially because we have never heard of anyone calling one that, but mostly because we are smarmy elitist snobs, who have nothing better to do than to make up words, that no one has ever heard of !!!

This is a "Teaser" for the forthcoming collection of poems by Alan Casline entitled: "Grandfather Carp". It was filmed on location along the Vly Creek in beautiful downtown Voorheesville N.Y. off of Pine Street. (Defiantly "the" Smarmy Section of Town.)

Hope you enjoy it!

Labels: Alan Casline, Carp, Grandfather Carp, There is a source for each river, Videoem, 祖父カープ 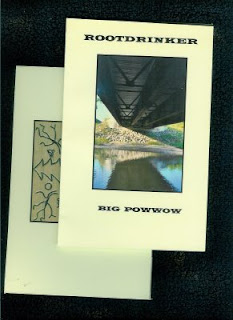 
Alan Casline and Stephen Lewandowski are holding a big powwow for
Rootdrinker Magazine #17. Beginning in 1975 in Canton, New York,
Alan Casline’s Rootdrinker is a long standing magazine of watershed
poetics, folklife, natural history, art, and photography. The magazine’s
legendary tradition is continued with the 2009 publication of BIG
POWWOW. Co-edited by environmental leader and poet Stephen
Lewandowski, the issue draws from work by writers and poets from
throughout the Northeast, many of them early supporters of bio-regional
politics and local culture. The issue presents work concerned with myth
and story, creation of family myth, myth of a shared community, nation
and world.Poems wise in their craft by poets who question both the
representations of native culture and that of topical reality. BIG
POWWOW finds beauty in native sensibilities and rural life.
BIG POWWOW finds wonder in curiosity about animal and human
society and succeeds in celebrating the moment using a confluence of
ideas and visions to praise the natural world.

I see this as a “pebble in the pond” style publication. One small
wave will generate a larger wave. Contributors each given an
opportunity to speak and others the opportunity to hear.
— Alan Casline

Here’s what interests me and might expand on the Powwow
Theme: HOW do we become the equivalents of, if not the natives
of this place. So it’s Powwow Now/How.
— Stephen Lewandowski

The list of materials found in BIG POWWOW includes:

Billy Finnegan
[Waiting for the Train in Figueres]
Mark O'Brien
What if "The Beave" were an Ulster-Scot?

Walt Franklin
The Stones Deliver a Sermon on the Duty of Staying Home
Headwaters Mountain, 1985

John Roche
Joe the Poet
To the Red Fox 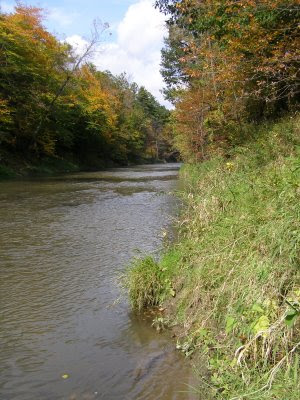 Normanskill at Vale of Tawasentha

When I came across a reference to Longfellow mentioning Tawasentha in The Song of Hiawatha, I went to the text to find it. The passage is there and it is printed below. By the pleasant water-courses, dwelt the singer Nawadaha. Why Longfellow would start the story of Hiawatha with our local stream escaped me? Until I read in Arthur B. Gregg’s history Old Hellebergh the conviction Longfellow was placing a tribute to Henry Rowe Schoolcraft, who perhaps is represented as the singer in the poem. Schoolcraft is credited by Longfellow with saving the native lore he used in his poem. Schoolcraft is a local Normanskill watershed poet, born in Guilderland, educated at Union College, wrote lots poems and impressive works which got his papers to the Library of Congress. Quite a story, most of his life was lived out of this area but he always kept his ties and a home here.

From Introduction to The Song of Hiawatha

A native name given to the Normans Kill is Tawasentha.
Posted by Alan Casline at 11:42 AM No comments: 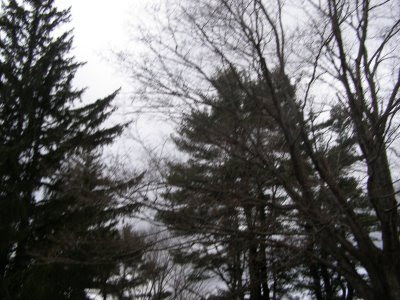 Rootdrinker promotes rediscovery of the inspirations and creative visions of earlier artists and writers of each unique watershed.

At the center of Rootdrinker Institute’s philosophy is the vision of people defining the territory they call their own in terms of their local watershed. This focus allows the natural rather than the political to inform their education. Such an orientation stimulates a sense of place, and the growth of a unique to its area cultural life. To promote this viewpoint, and to further its encouragement of the artistic community, Rootdrinker Institute sponsors publications, readings, concerts, conferences, seminars, and social gatherings.

On hiking trails, along streams, in libraries, through prose and poetry, the goal of preserving and improving the land and keeping alive the heritage of its people by joining with friends and neighbors is inherent to all of Rootdrinker Institute’s work
Posted by Alan Casline at 11:01 AM No comments: