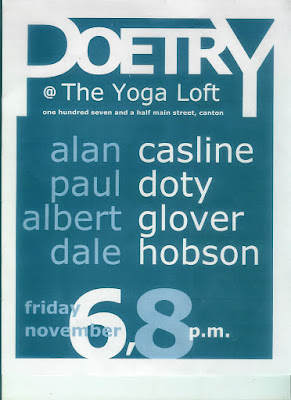 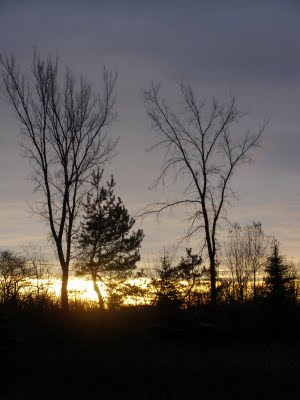 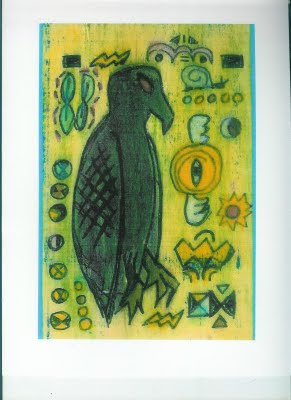 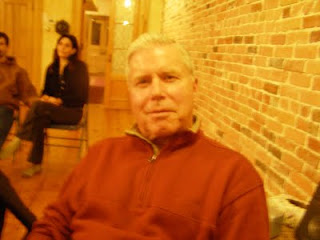 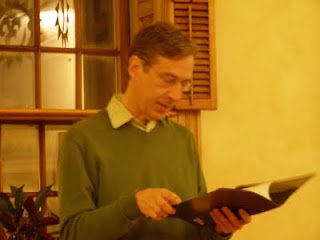 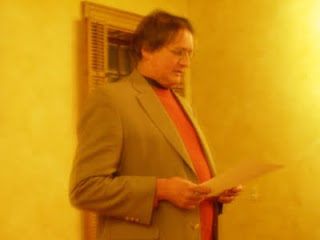 Such is my introduction to my glyph of poetry at the yoga loft. After our four person reading set up in the yoga loft above The Blackbird Cafe in Canton, I left town and drove to my cabin. I knew I was staying there on what might be a cold November night and so I had set a fire in the woodstove the last time I was there, earlier in October. I had driven the four plus hours from Albany, N.Y. staring out at about 2 pm and found the mountains and highland from Newcomb to past Colton covered with snow. Thankfully as I came down off of Waterman Hill there was only a powdering of white. It turned out to be a cold night with temperatures in the twenties. Liquid in the evening, the marsh was frozen surface by the next morning. I was still buzzed from poetry by the time I got the lamps lit and the room warm. There was a good poetry crowd at the reading and my fellow poets, Paul Doty, Albert Glover and Dale Hobson delivered in good form as I would expect them to. My mind and heart were racing, filled with their words and of the social "intersubjectivity" of new and old voices, new and old friends. I took advantage by craving two new woodblocks and inscribing the ideogram in which I hope to communicate to them (and you). The greek is graphein to scratch, write and so I scratch and record an inspiring event.
Posted by Alan Casline at 5:37 PM 1 comment: