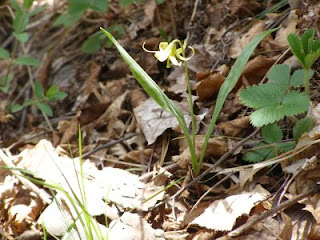 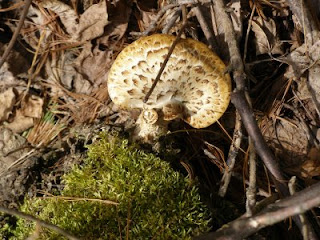 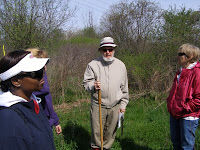 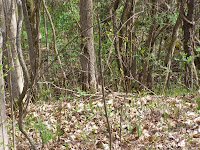 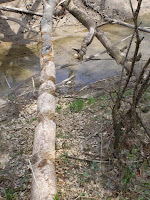 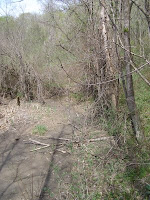 Posted by Alan Casline at 6:45 PM No comments:

Here is a first. I set my camera at video when I was at Christman Preserve.


Posted by Alan Casline at 6:18 PM No comments: 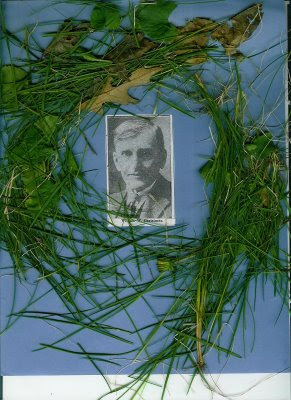 Reading for
Will Christman

Hosted by
Willbe Roundtable
with poets
from Near and Far 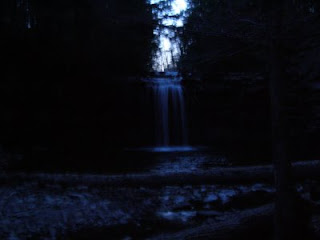 Posted by Alan Casline at 9:44 AM No comments: 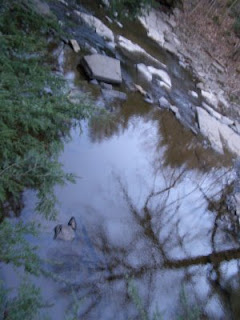 Visited Christman Preserve last night. Got there at twilight's start with the sun just setting on the horizon. No orange light show just a little pink glow on a puff of a cloud floating opposite the sunset. My purpose was really to time the drive from Smitty's Tavern in Voorheesville to the Preserve (it is 35 min.) because the June 1, 2009 William Weaver Christman Tribute has grown to include a public poetry reading at Smitty's staring at 8 pm. When I got there the open field on the walk in was still brightly lit and I spent some time photographing the volunteer pine trees with an eye for any WILD PASTURE PINE. It was already darkened within the pine forest that leads down to the stream. I traveled upstream along a stairway of waterfalls. I learned recently that the Bozen Kill has other folk names including Drunkard's Creek because of the up & down and side to side water flow a reminder of the drunk's walk home. Wanting to practice my slow down meditation skills I sat down on a rock and stayed to listen the the deepening sounds in fading light. I'll wait till I see the first star I thought but when a bat flew along the watercourse and into the pine forest I decided it 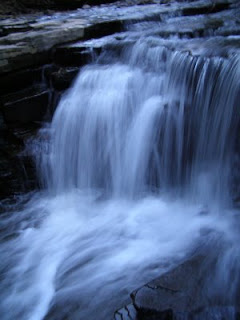 was time to walk back to the car. Looking straight up from the gully I was in, I thought I saw one faint star straight up but the when I moved my head I couldn't find any. I had written John Roche one of the poet's coming on June first that I enjoyed walking in the woods without a flashlight. It was not pitch dark but my walk had naturally slowed with my strides feeling smoother and the firm contact with the trail almost a pleasure to my foot. I stopped a few times looking for stars which of course I saw just as I was leaving the wood.The evening star like a crystal jewel unlocked from greed. 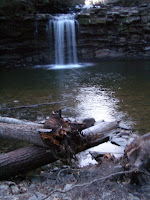 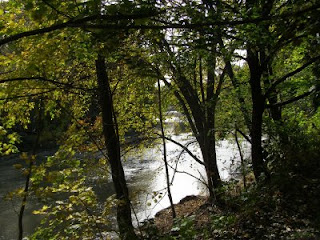 Poetry by the Bozen Kill in honor of our own farmer, tree planter, nature lover, poet

Held at the Christman Preserve

Contact: Alan Casline at ACASLINE@AOL.Com if you plan on attending

Bring your own poems and/or your Will Christman favorites. If you are traveling in from out of the area let Alan Casline know and he'll coordinate a place to stay if you need one.

This the third year Rootdrinker is holding a get together along the Bozen Kill at the Christman Preserve. I always worry that too many people will attend the event held at a realtively small preserve that is in a beautiful spot. The first year of our series we had five people and the second it was two so I guess I shouldn't really worry about the crowds. This year it is a Monday but as we are following a tradition started by Will Christman's family and friends in the years after his death, I feel it most appropiate we follow the calendar and days of the week and keep the event as always on June 1st.

HERE IS ONE OF WILL'S EARLY POEMS

Steep my rhymes, May, in your bloom:
Drench them in your rich perfume.

Dandelions wink at night;
Orchard trees stand pink and white;
Sweet as sandalwood or myrrh,
Lilacs white and lavender;
And springlong in shine or rain
Boyhood’s song, the robin’s strain.

Let the jocund bobolink
Tinkle on the meadow brink,
And the veery breathe and blow
On his silver piccolo,
Robin with his boxwood flute
Makes the greatest artists mute.

Oh, I’ll make a song sometime
Out of bits of robin rhyme
Sung in tip-top elms, the sun
Loves at eve to dwell upon:
“Skylight pales
And twilight veils
All the fragrant dells and dales;
Night is near,
But have no fear,
Perfect love abideth here.
Sleep, my dear,
Love bides here”

Now I hear the lyrist sing
Where the lilac censers fling
Incense to the dewy dawn—
Oh the spray he sings upon—
Joy in callow babes and mate
Makes the ruddy breast elate.
Robin of my liacs—who,
Having such a home as you,
Would not be a poet too?
Thus at dawn I hear him sing
Where the lilac censers swing:
“Here’s the hour
Of love again;
Here’s the bower
We wedded in:
Daybreak’s near,
Awake, my dear;
Here, clear, cheer!”


His later work also included blank verse and evolved philosophical to include more of the social critic and preservationist only too aware of human folly. This one examines a natural world that the mystic could see but never join.


Slow, shuttle-wise, the green-gold caterpillar
Weaves out and in and so prepares for cleaving
The airy ways, a butterfly or miller,
But he shall not win heaven for all his weaving;
Only a night of fireflies, stars and shadows,
A moon-bright night in June-time’s golden weather,
Or one brief day over the daisy meadows
On wings as buoyant as a flicker’s feather.

No miracle these lives of twofold birth:
The maggot born in dung, awaiting wings,
The locus springing winged from chambered earth,
The dappled dragon fly from sedgy springs;
But man, under a stone and trod in clay,
Relies on God to roll the stone away.


And here is one of my contributions from last year.


Sacred place - - - invited by Christman to dream beside his brook


Open the portal to elsewhere

Will Christman planted these trees