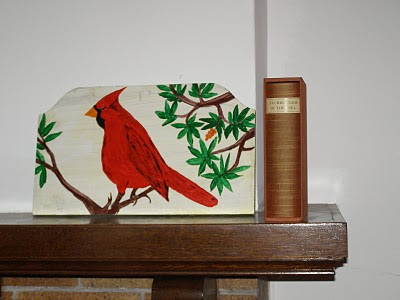 A three-day free conference (18-20 November, 2010) in Buffalo, NY to celebrate and explore Charles Olson's legacy and extension through 'A Curriculum of the Soul", a series of poetic essays published as fascicles edited by Albert Glover and John C. (Jack) Clarke. Sponsored by: The Analytical Psychology Society of Western New York, Just Buffalo, Kareples Manuscript Library Museum, the Poetry Collection at University at Buffalo.


World-view with a vector. The talk of fields mixed in poetry, in lives, between covers and on the page. All those fields, all those fasicles, poets/ then & now and thinking just how the combined forces of these contributors would create image and movement. "What is the use of" was an opportunity (bunch of serious students of poetry, tied by some threads, bunch of different threads) to find common language. In a year of Charles Olson events this one was the from Buffalo out vector or so I hoped pulled together by Kenneth Warren of House Organ and fired by Glover/Clarke time factor. The combining of fields, the wave tank that rolls distinctions and allows for resounding surf. At the Conference, Joe Napora told a tale of whitewater kayaking the Colorado River (which I don't want to steal entire because he can probably keep telling it for five or ten years ) how at the last run of giant rapids it becomes important to follow the tiny bubbles. I listened in when Pat Glover asked him to explain more and he described the physical geography, a fold made between different million years-old rock formations on the river bottom. Not that that made paddler, kayak and white water all work together. I could be all over Napora's metaphor but like I said somehow it goes with him. I mean he's the guy with the paddle in his hand. Follow the tiny bubbles. 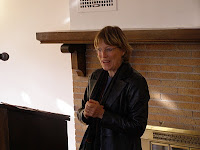 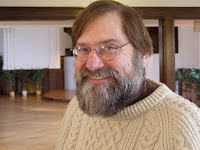 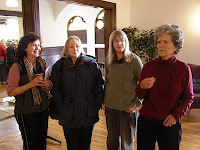 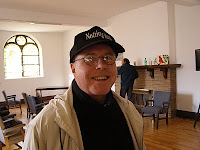 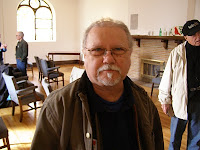 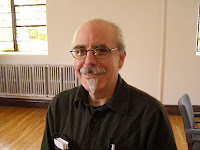 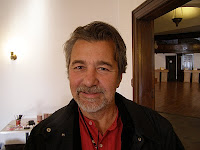 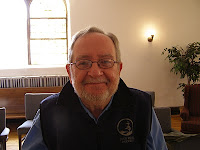 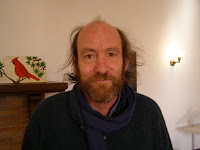 click on any photo and enlarge . all photos by Alan Casline on November 20, 2010

I want to post something on the celebration found at the Soul in Buffalo Conference. It was a low-cost (bring your own coffee) human event. The kind which happens sometimes when good intentions and civil people gather around shared ideals. Albert Glover, Daniel Zimmerman, Michael Bylebyl, David Tirrell and Michael Boughn all present and read from the completed CofS book their long ago work is a part of. Very interesting the book as object brought to life with Glover inspired method of not self protecting rather reading from any author/any selection. He did the same thing in Rochester at the Black Montain North Symposium in October when he read from Harvey Brown's JAZZ PLAYING section. He and Michael Boughn didn't read their own work this time but read from other sections. The voices of Zimmerman, Bylebyl and Tirrrell were all very welcome to me. I had read their individual CofS fasicles and perhaps now heard them joined. Kind of irritating that the whole book is not generally available to read but when online version appears that issue disappears. Cass Clarke in Buffalo I thought as talk drifted away from Olson to Jack's work she seemed energized and sharp.. She didn't come back for days two and three, however and expressed distrust of Analytical Psychology examination (as in Kenneth Warren's benevolent obsession) For me, meeting Joe Napora and Stephen Ellis was great. David Landrey and I were talking as the final clean-up went on that along with whatever else happened it was nice that the poetic corridor running from Albany through Rochester to Buffalo seemed alive and ready for more.

WORDS FROM THE BACKSIDE OF A POST-MODERN CURRICULUM OF THE SOUL MANDALA
collective torn images, twice collected
or more each migration heaped up
not yin/yang (once past the selection over mine and yours)
one over the other, on surface, over edge.
first dealing with the crap, the junk
tie it down in the middle
easy beyond beginning specs
balance bung, usu, low building with low-pitched roof
shared rhythm picked up
agreed to use care when overlapped
space remains, a vector world-view
spin toward the better
we say it, more of the good
turn over with grins
that now we can create chaos
KAOS
KRAFT
HANDS
CONCOCTION
POLIS
TYGERS
THESIS
THEMIS
Alan Casline
November, 20, 2010
Buffalo, NY
Posted by Alan Casline at 8:26 PM