MICHAEL CZARNECKI: 28 DAYS ON US ROUTE 20 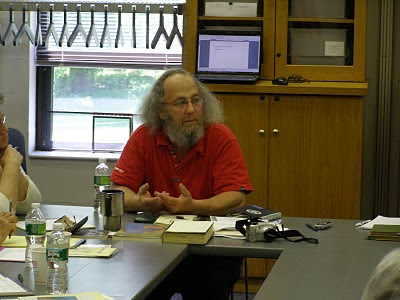 Michael Czarnecki is traveling and writing his way across country for the next 23 days, 28 days all told. Day 3 was spent in Albany County, New York State. Michael Czarnecki is poetry reading and blog journaling his way along US Route 20 all the way. Here is his site where he records his journey: www.foothillspublishing.com/us20/. You can look up his schedule and maybe meet up with him at one of his readings. He is also poetry reading 4 times in Montana on his way back (Route 20 doesn't go through Montana...too bad). We got the only workshop on the trip. A three hour affair on the travel writing form Haibun. In talking about travel writing Michael mentioned David Grayson, who he discovered while reading Lin Yutang. He said Grayson doesn't actually travel all that much but has a sty 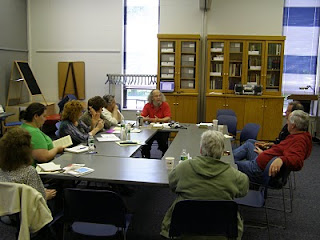 le of observation and simple prose that Michael tries to incorporate in his own journal work. The criticism that Grayson has language that is too simple is not at all a negative to Michael. "Simple good!" he said in a monosyllabic way (just kidding Michael) For the Haibun form itself look to poet Matsuo Basho's famous travelogue The Narrow Road to the Deep North described as a journey away from the familar in search of deeper meaning through zen. Writing Haibun is a choice as it requires a different focus. Not just for writing of spiritual poetic pilgrimages as Basho did, but for riding prose over the changing journey of sensation, writing to move one along and then add haiku to bring a stop and fill the moment. 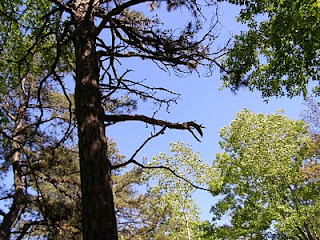 After the workshop Michael has said he wanted to explore Route 20. I took him to the Albany pine bush to show him the old native's road, a footpath network, the literal beaten path of a time before whitemen and horses. Following East Old State Road I looked for a stop for some walking off into the pine. True exploration as I had never walked in this area before. I did take a group of schoolkids on a traverse of the State Preserve a few years ago so I knew it was terrian where it would be easy to get lost because of the sameness of topography and vegetation. The size of the pitch pine was impressive. Michael pointed out the sharpe prickles on each tip of cone scale which are an outstanding feature of this tree. There were old cones on the trees and ground. New cones ripen in September. 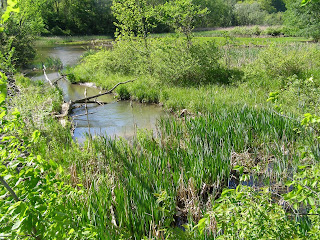 A little map reading got us to our next site. Glass Pond in Guilderland. These small ponds form where the east branch of the Hungerkill joins the main branch. They are right on Route 20 so both locals and travelers notice the marshy expanse and see duck and other waterfowl visiting. Not much farther along the Hungerkill joins the Normanskill just upstream from the Route 155 bridge. The Schoolcraft family ran a glass factory next to Glass Pond where Henry Rowe Schoolcraft 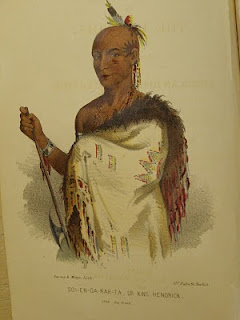 learned the family business. Schoolcraft and his wife Jane Schoolcraft did some of the earliest collecting of native folklore and mythology with emphasis on native culture and language. I wanted to show Michael Glass Pond before I took him to the Guilderland Library History Room which has a nice collection of old books including some written by Henry Rowe Schoolcraft. In my FootHills Publishing book Thirty Poems my poem THE MYSTERY OF THE GHOST HAUNTED HILLS is dedicated to the late local historian Arthur B. Gregg. I was able to show Michael the heart of this fine collection of books was Arthur Gregg's private library. In the poem Gregg looks for the grave of Colonel Abraham Wemple and speaks of the flooding of the Wemple homestead to make a reservoir. On this day we were able to trace the landscape mentioned in the poem and add to the "history" by making some new memories.
Later in the evening, after some good conversation and a few homemade beers (gift of Martha Healy and Sandor Schuman) Michael, either loading or unloading, lost his photos from the day. I had wanted to make Czarnecki's US ROUTE 20 Journey known to readers of this blog. There are good number spread across the United States. Also I wanted to post some Day 3 photos that I took. 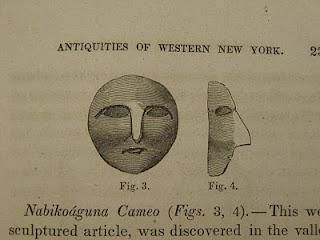